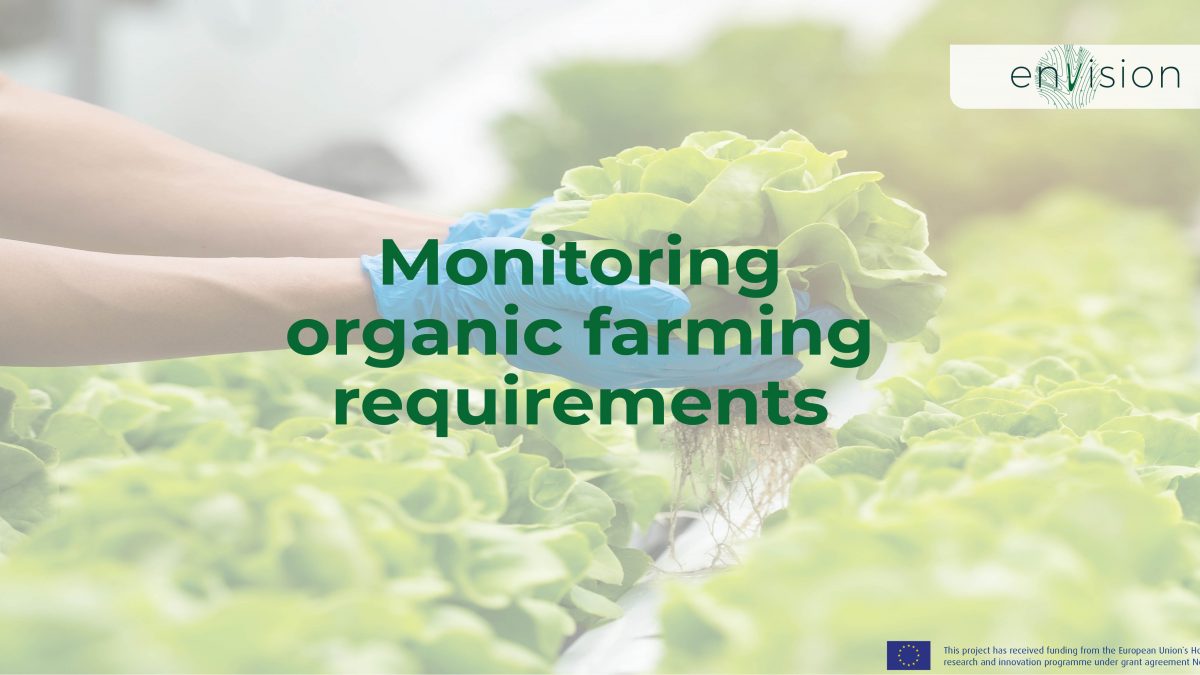 ENVISION service supporting the business case of Serbia is:

Plants cultivated under organic and conventional farming principles present bio-chemico-physical differences that can be detectable by satellite imagery, especially during the vegetative and reproductive growth stages. The Identification of organic farming practices service will benefit from these differences to discriminate between organic and non-organic (conventional) crops. The logic behind the service is to identify distinct patterns characterizing the growth and evolution of organic and conventional crops during the growing season, through the use of both high resolution optical and radar satellite images depicting the phenological status of the cultivated parcels.

Machine learning classifiers (MLC) will be trained to understand the temporal and spectral signatures of conventional and organic crops. The accuracy to discriminate between the two agricultural practices (organic, conventional) of both supervised Support Vector Machines (SVM), and Random Forests classifier schemes will be investigated.

This service will provide a fully-automated Organic crop identification service, which aims at identifying whether a particular crop type declared as organic is classified as such, based on a traffic light system.

The service will contribute to replace direct and guide on-field checks for priority control and will result in the reduction of inspections costs and of the Certification Bodies (CBs) administrative burden, thus ensuring targeted and efficient controls and faster delivery of payments/organic certifications to farmers.

The service will exploit a number of EO derived indicators and tools to ensure effective monitoring of the crop condition variability and phenological stages, in both space and time. To ensure high temporal coverage of the data, the system will utilize data from different spaceborne remote sensors, namely the Sentinel-2 and Sentinel-1 missions. 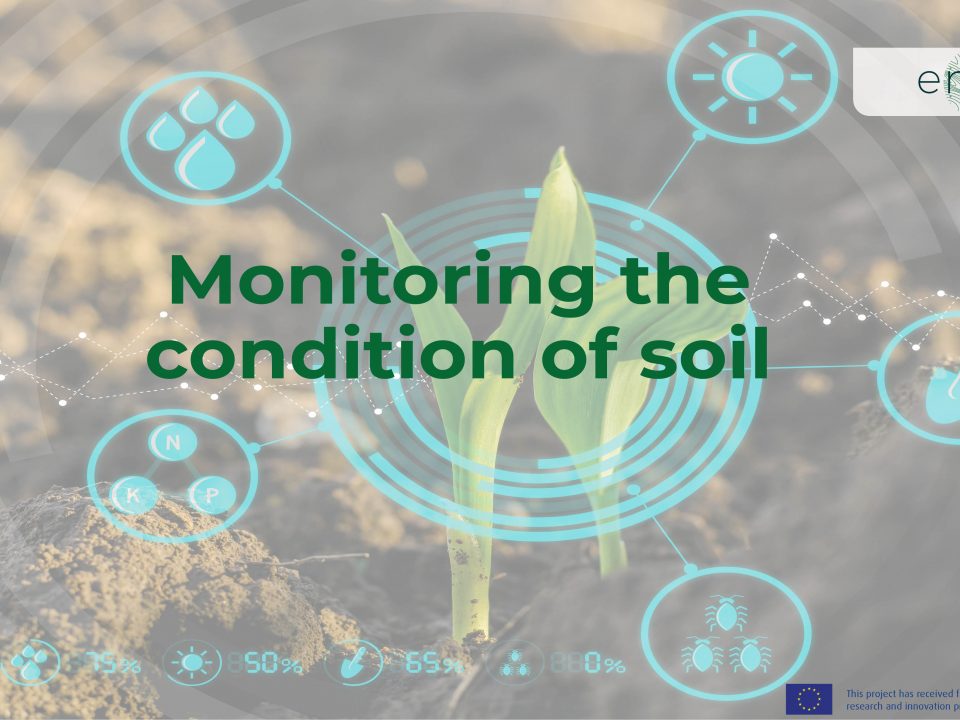 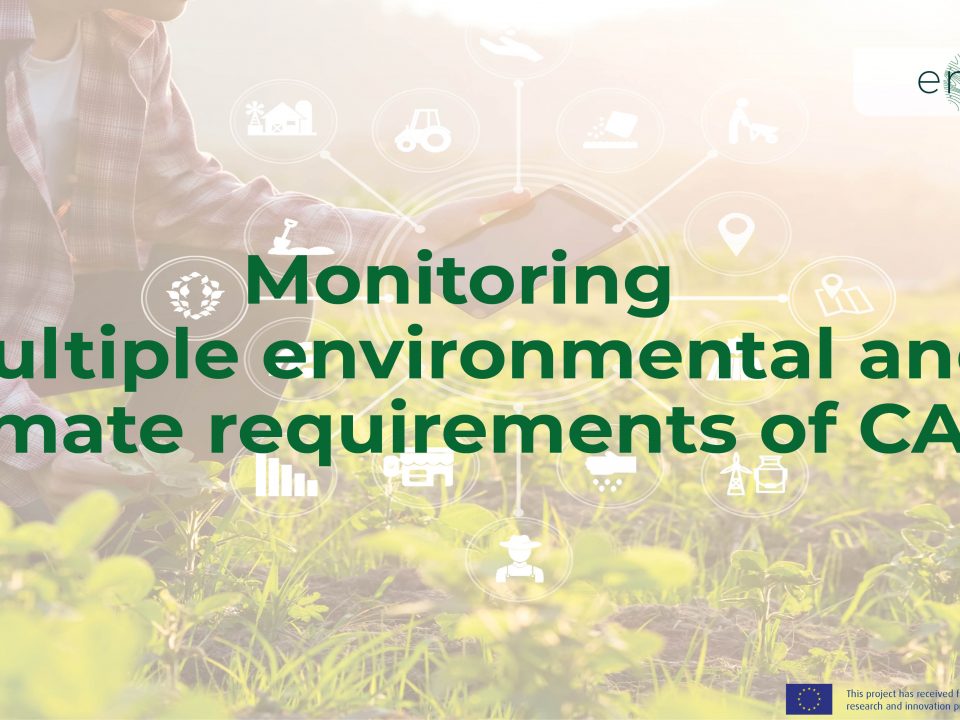 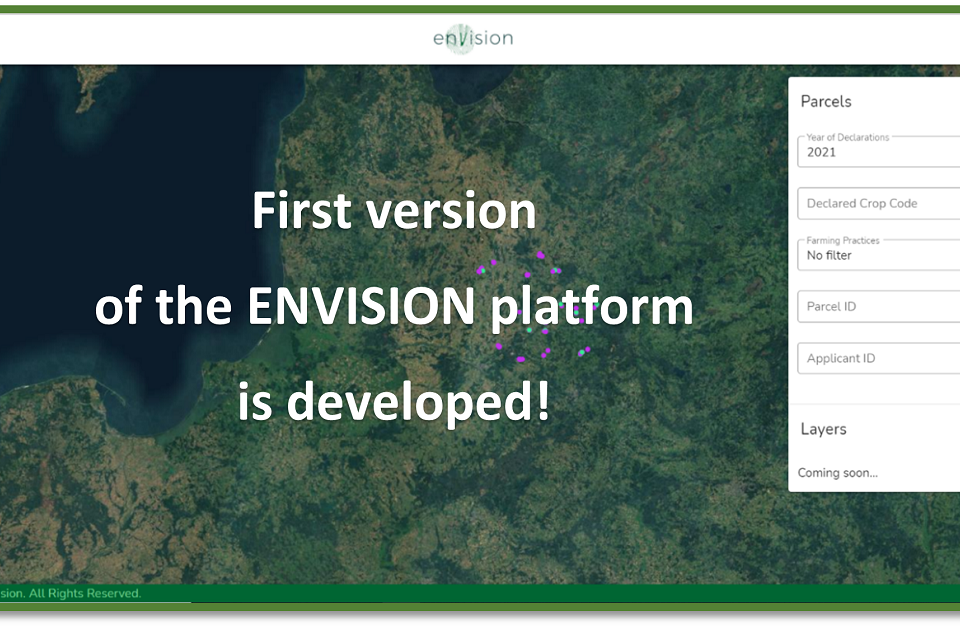 First version of the ENVISION platform is developed!

Read more
We use cookies on our website to give you the most relevant experience by remembering your preferences and repeat visits. By clicking “Accept”, you consent to the use of ALL the cookies.
Cookie settingsACCEPTREJECT
Manage consent

This website uses cookies to improve your experience while you navigate through the website. Out of these, the cookies that are categorized as necessary are stored on your browser as they are essential for the working of basic functionalities of the website. We also use third-party cookies that help us analyze and understand how you use this website. These cookies will be stored in your browser only with your consent. You also have the option to opt-out of these cookies. But opting out of some of these cookies may affect your browsing experience.
Necessary Always Enabled
Necessary cookies are absolutely essential for the website to function properly. This category only includes cookies that ensures basic functionalities and security features of the website. These cookies do not store any personal information.
Non-necessary
Any cookies that may not be particularly necessary for the website to function and is used specifically to collect user personal data via analytics, ads, other embedded contents are termed as non-necessary cookies. It is mandatory to procure user consent prior to running these cookies on your website.
SAVE & ACCEPT